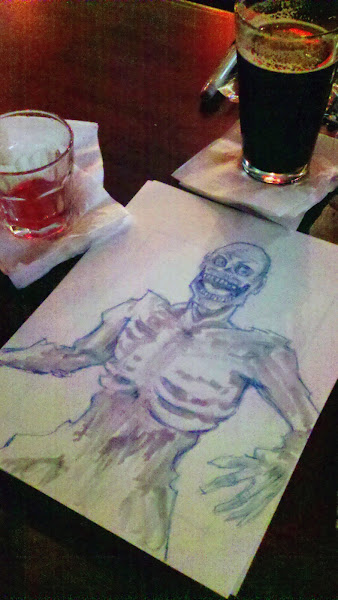 My Tarman sketch from the event.
Hopefully the show continues to grow, because they put on a good event, and I'd like to return, it's just unfortunately a bit of a reach in these days of inflated gas prices, so the bigger it gets, the better.
Posted by Jason Martin at 2:49 PM