My Kickstarter with the amazing Celor is in its final days, and we're closing in on our second stretch goal!

But here's a look at the covers we have for the book (only available with the Kickstarter edition): 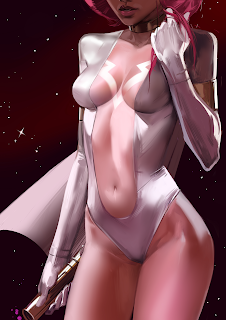 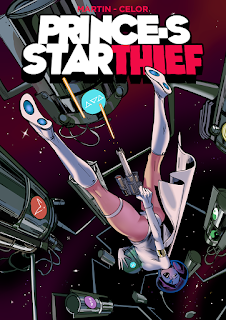 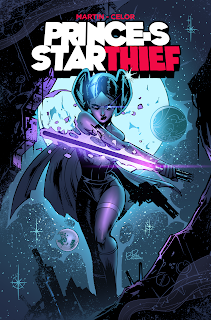 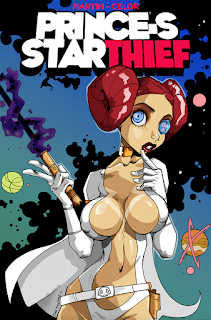 Get full info on the Kickstarter HERE
Posted by Jason Martin at 9:32 AM No comments:

My Kickstarter (with artist Celor) is live!!!!
Check it out, spread the word...
VISIT THE KICKSTARTER HERE

It’s the future and society has become enslaved by massive corporations. These corporations have in turn become warring Monarchies that have spread into the galaxy oppressing everything in their path to fuel their power. Our protagonist, the daughter to the powerful PEP-C corporation, instead of following through with her arranged marriage, rebels and wields the large resources of the monarchy to f@$# around, stir up trouble, and have a good time.

From her own personal Starcraft carrier - stocked with a fleet of ships, mechs, and weaponry at her disposal – she slips through corporate fingers to steal and stockpile the galaxies' most lethal tech. She is PRINCE-S STARthief!

This is a really cool new project I've been working on for a long while that I'd love to see come to life! As you'll see, Celor is a truly amazing artist, and his work here really takes things to another level!!!

Thanks for your support!
Posted by Jason Martin at 10:36 AM No comments:

Out today in comic shops, the second issue of the crossover mini series written and colored by me, and featuring my character, Vampblade! 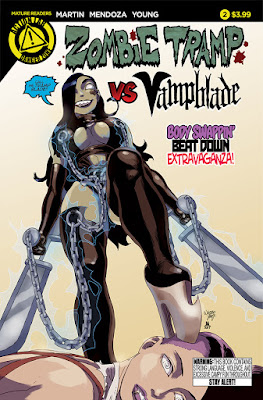 You can see a 6 page preview HERE

Vampblade will be getting her own series starting in January... more info to come!
Posted by Jason Martin at 11:28 AM No comments: