After the popularity of my last cast fan art (Game of Thrones) I knew right away the show I'd like to do next, THE WALKING DEAD.

It's so much fun after watching a show you really like, to visualize the cast as you'd draw them, how they'd pose and look, and to put that together. Sure is a lot of work too, but at least there's a few less characters here then on Game of Thrones! ;)

So here are the characters I settled on, based around the first two seasons of the show... 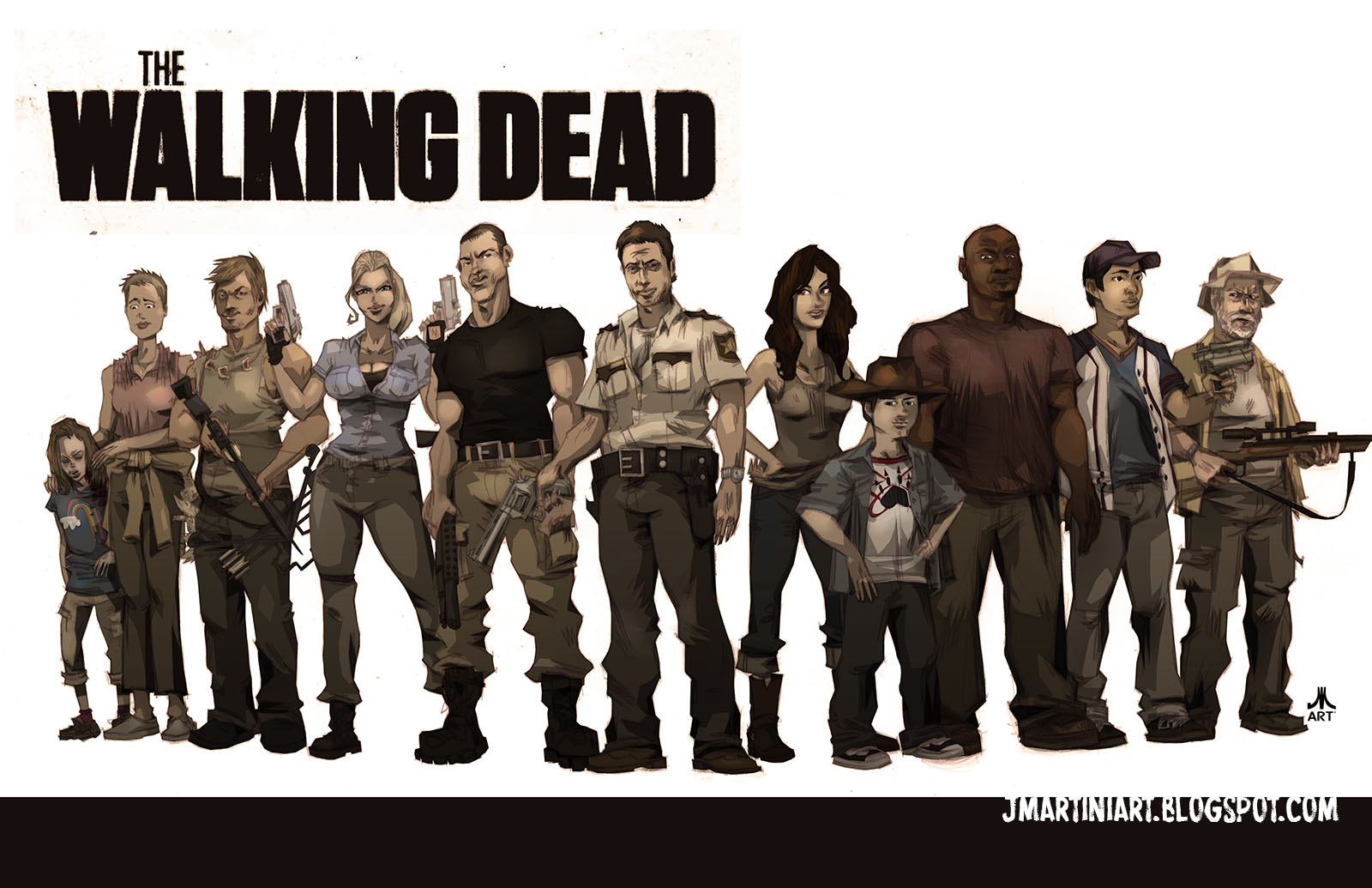 Sure (SPOILER ALERT!) some of them are dead by the end of those seasons, and there are a few newer ones I could have added, but they're the core group as I see it, through that period.

And as much as I like the show, I do have my qualms with it (mainly the wardrobe - generic 80's come K-Mart by way of the prairie, complete with logo-less sportswear... I'm looking at you Glenn!), but so far season 3 is off to an amazing start!

So, hopefully I'll return after this season with a new cast fan art.

Posted by Jason Martin at 1:54 PM No comments:

So, haven't posted any art since before NYCC... why? Well, I recently purchased an affordable graphics tablet I'd read lots of good things about, a 6.25x10" from Monoprice. Because, yes, I still use a mouse for all my coloring and graphics work, etc. Sure, I've wanted to get a Wacom tablet, or better yet their Cintiq, but those cost a lot of money. And I actually bought a used Wacom years ago, and never used it (but mainly because I thought a larger size would be good and got a 12x12" - which was way too big).

Anyways, the Monoprice was only around $60 with shipping, so what the heck.

Got it and hooked it up in August, but hadn't spent much time playing with it. However, I started to have problems with my OS and/or my mouse, that got increasingly worse, as I was prepping for NYCC. And to the point where my PC was pretty much useless, and especially in Photoshop. And, Photoshop had even stopped working altogether  after numerous manual power downs having locked up the PC with no mouse or keyboard functionality... it stopped even opening up.

Now, I bought Photoshop back in 2003, and I believe it was CS3, so it's probably time to update anyway, and in fact, that's what I've done. Being not too PC savvy, I'm at a dead end to problem solving the issue with Photoshop, so I noticed while being on the Adobe site, that one can download current software for a trial period, and that's what I've done.

So, I can finally start posting some artwork again, as, without Photoshop, I couldn't even save files as web viewable, let alone edit or adjust anything. Now I'm running PS CS6, and having only played with it for less then an hour, I'm already impressed.

Meanwhile, here's some art.
Two sketches I did at NYCC... a surly Wonder Woman, that sold at the show, and since I liked the idea of that one so much, I'd like to do a series of them, and did one of Princess Leia as well. 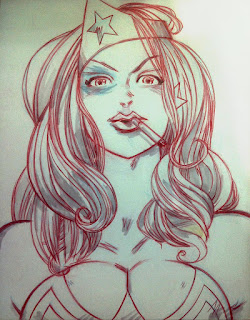 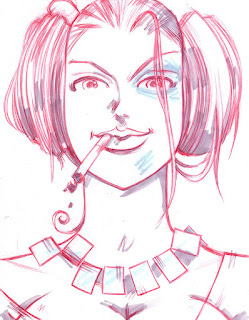 The Leia is available for $30, email me for shipping and payment info.

I believe the issue with the tablet had to do with the driver SW, as I know folks have had problems with that, but don't know that I'll mess with that again, as I just can't problem solve if something else goes wrong (and Monoprice has no support to speak of... as, you do get what you pay for).

Got a chance to check out the PROMETHEUS Blu-Ray... and as you may recall, I was one of the few in the pro column for the film upon release.
Just like John Carter, I think Prometheus was an unfair victim of expectations and marketing. 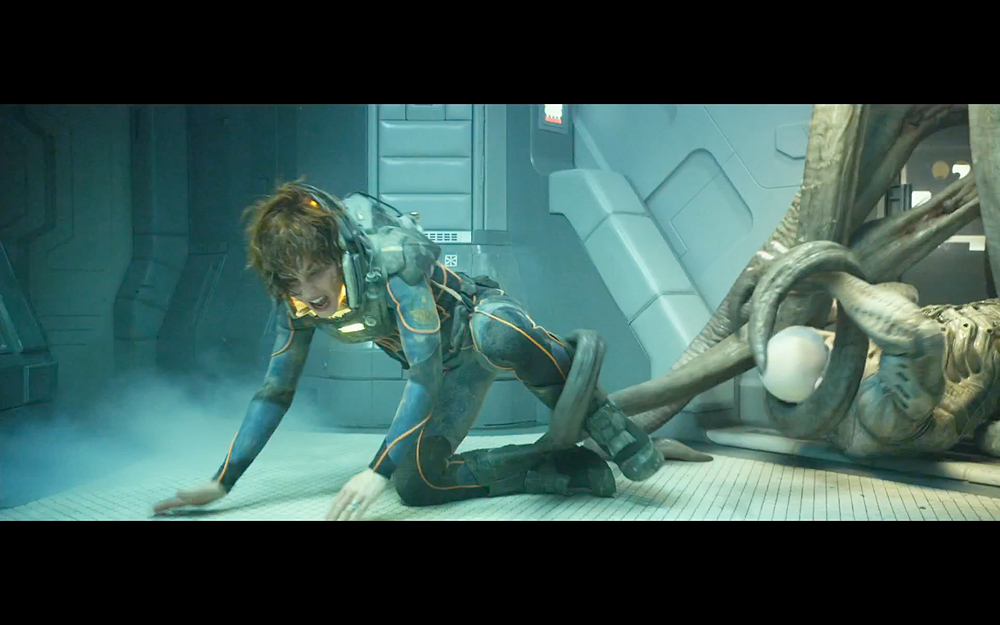 So, as eager as I was to re-view the film (I had hoped to see it again in theaters, but never did), I was even more keen to see a longer cut, that sadly wasn't in the home release (at least for now). However, all of the deleted, extended, and alternate scenes are in the home version. Oh how I wish we had most of them in an alternate version of the film... about 2/3rds of what was cut, and nearly all of the alternate material improves upon the original. Especially the alternate extended ending that features more of the climactic encounter/s with the "engineer" (I'm not a fan of the alternate opening though). Not to mention, Fifield's attack on the crew in it's intended CG enhanced take is far superior to the traditional effects version. 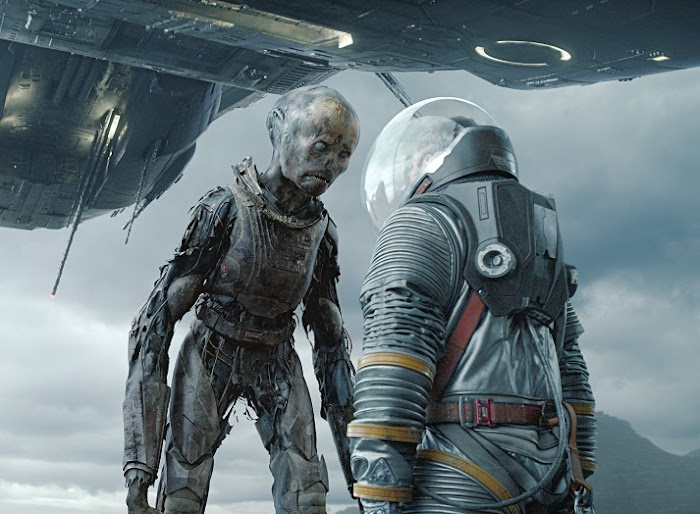 For all those that write this off as a failure as an Alien film, feel it's inner logic is too flawed, or were looking for more action... I'm sorry you have those hang-ups, or feel that way. For me, it's a somewhat flawed gem of a sci-fi picture, that I absolutely love!

Now I'll just keep waiting for the alternate/extended cut/s...
Posted by Jason Martin at 10:02 AM 1 comment:

I'll be heading back to New York Comic Con after 4 years away... I hear it's all growed up now (hello SDCC East)!!

You can find me in artist alley (it's on level 2 off by itself) at spot P7 (as illustrated here by this massive/tiny grid with my location highlighted): 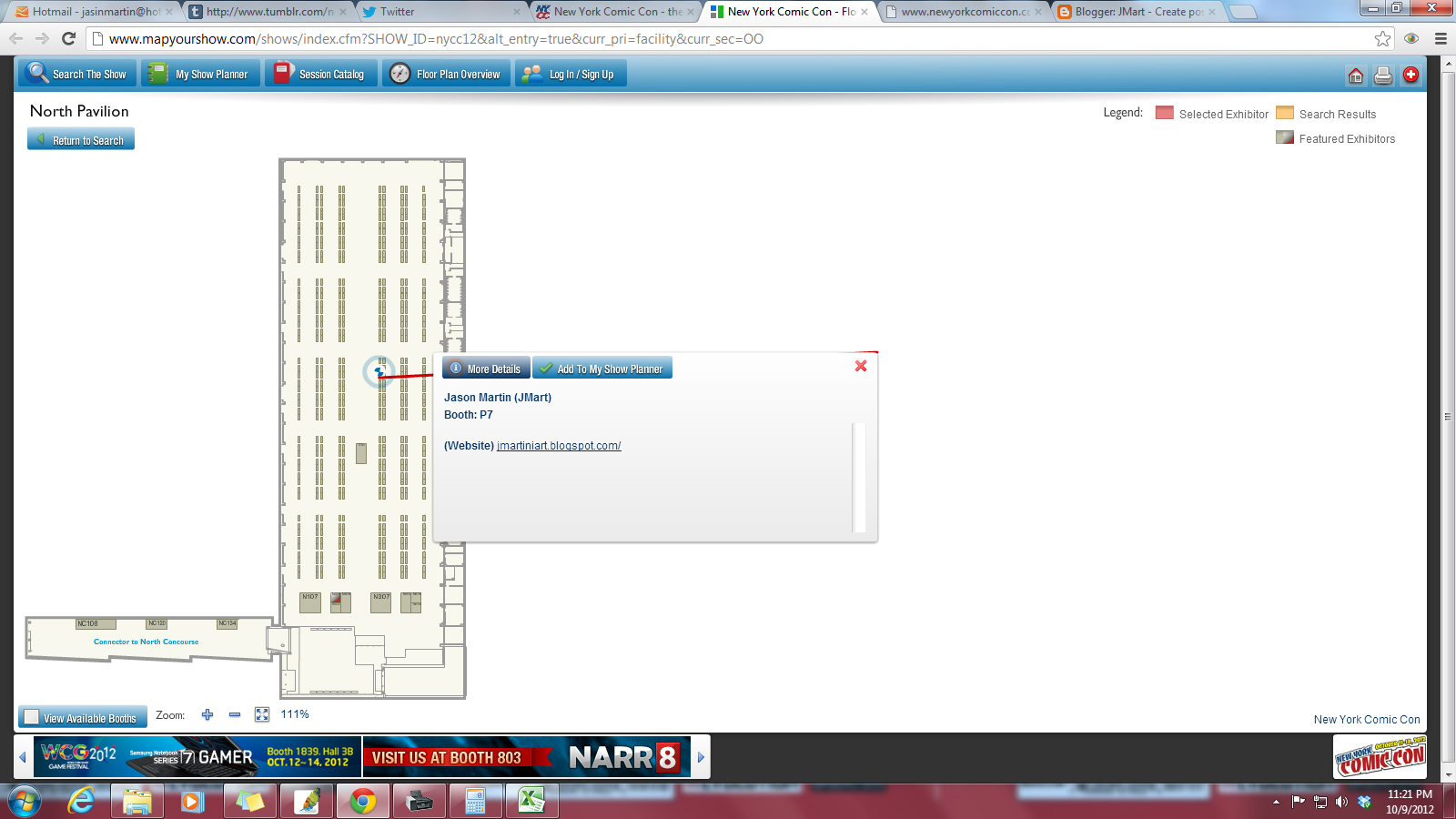 I'll have brand new limited edition sketch cover comics and NYC themed prints for NIGHT OF THE 80'S UNDEAD. As well as my brand new Walking Dead fan art, debuting at the show (and therefore not visible entirely via the internets yet)... just in time for it's return this Sunday!!! 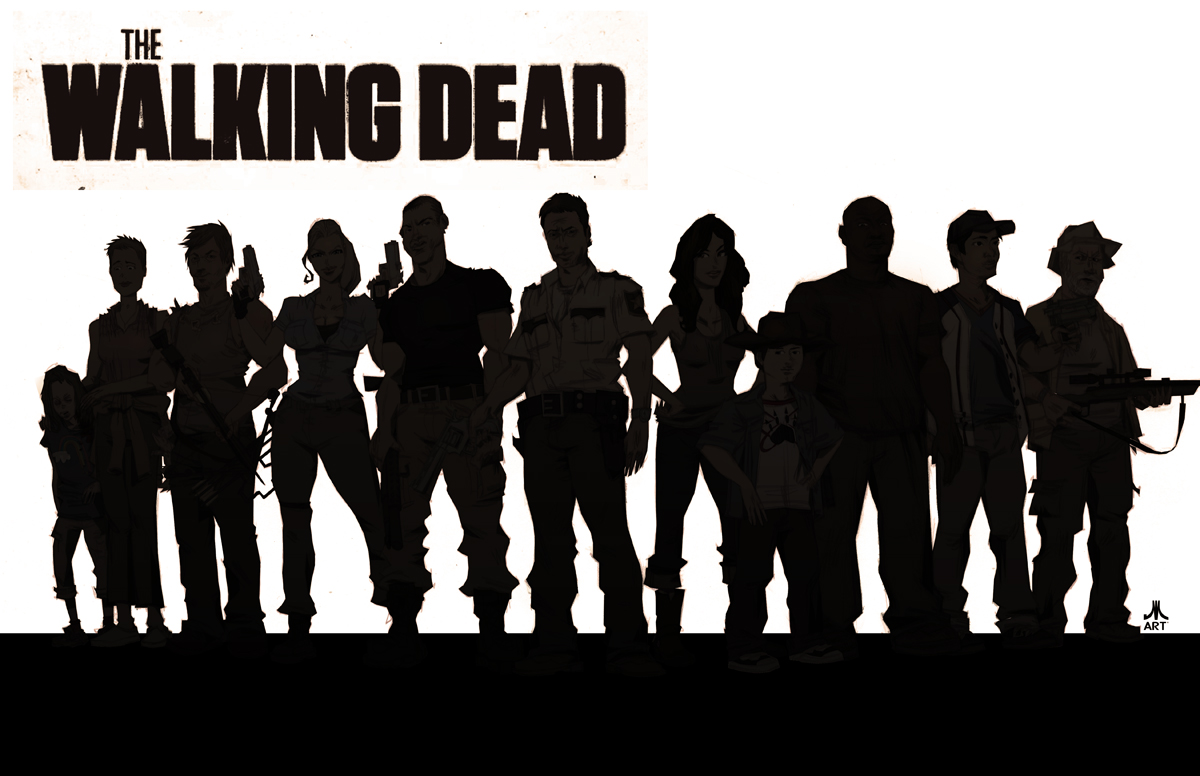 Posted by Jason Martin at 11:28 PM No comments:

I now have some stock in hand for a couple of my t-shirt designs, but supply is limited. I've had shirts available via RedBubble for some time, but it's a little cheaper to get them direct from me, plus, I'll include a free comic of mine with each purchase!

I have either the Kenny Powers KFC mash-up design, or the Tyrion/Peter Dinklage "pimp" (emphasis on the IMP) design in stock to choose from: 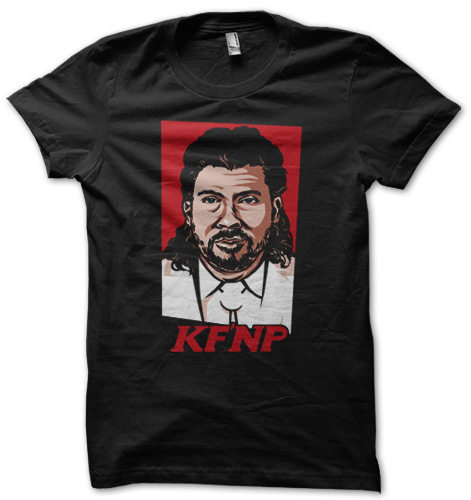 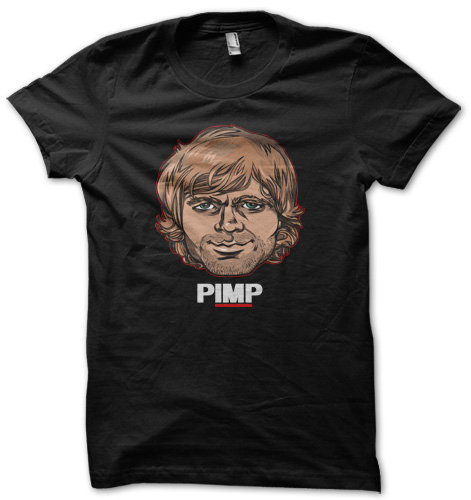 Again, supply is limited, but I currently have all sizes in stock for the pIMP shirt, and most for the KFn'P...