I posted the entire process for this, my latest t-shirt design, pIMP a while back, however, I went back and made some changes to the final design, and never shared those online. So, here is the new final design for my Tyrion/Game of Thrones/Peter Dinklage shirt... 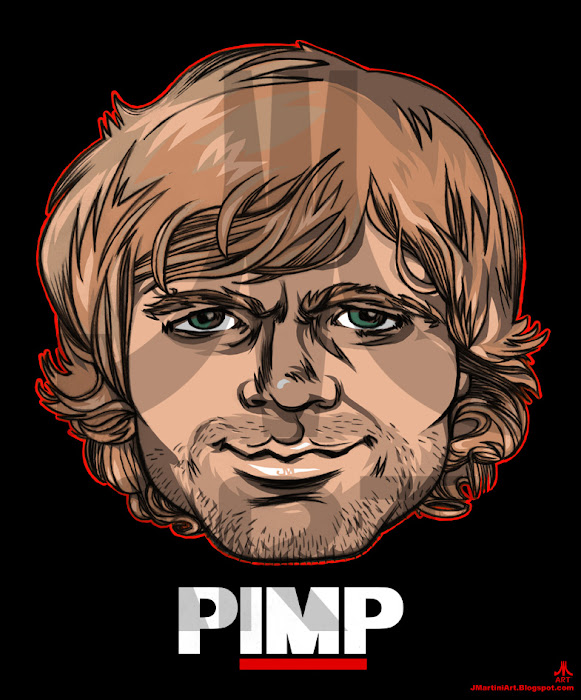 I went and changed some of the shading, added a 5 O'clock shadow, and added a red outline that now ties into the text (among other things). Which I think helps make the whole thing stand out and come together more. You can pick these up now on Redbubble.com

Posted by Jason Martin at 10:18 AM No comments:

Today was great fun at the local Stumptown Comics Fest, did a bunch of sketches (love having sketch covers again), so thought I'd share...

And here's a sketch commission of Game of Thrones Tyrion Lannister (the imp). 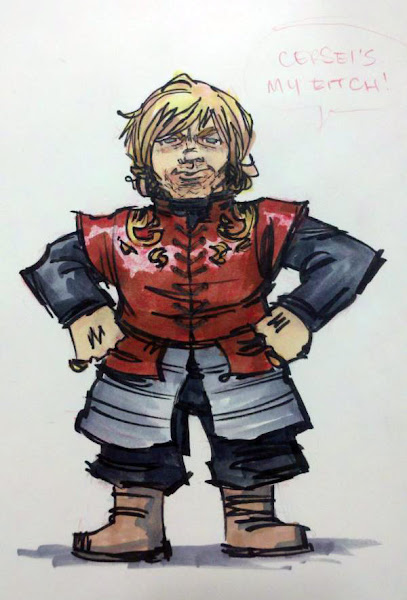 Posted by Jason Martin at 10:25 PM No comments:

Stumptown Comics Fest is this weekend, Saturday-Sunday, at the Oregon Convention center, and I'll be exhibiting at table A-14! Though there were some last minute snafus, I should have a new edition of the full pencil art only first issue of my new NIGHT OF THE 80'S UNDEAD comic! 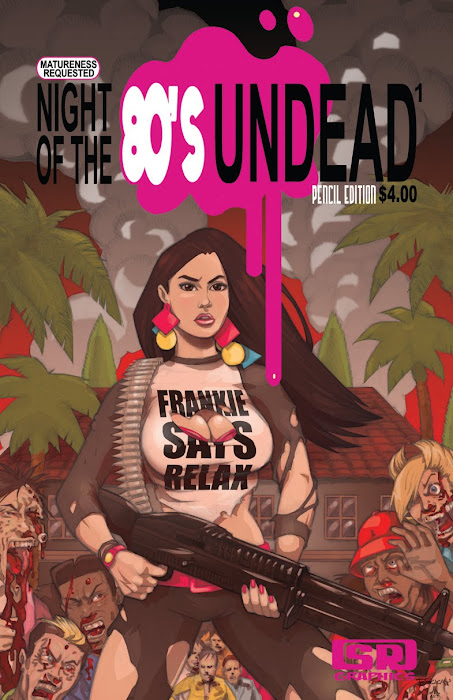 I'll also have the just completed last section of my massive Game of Thrones season one fan art!!! (Here's a sneak peek)...

It's 3 parts to make the one sprawling image, featuring 14 plus characters from the show (that we all love - season 2 is awesome!)!!
It is also available from my art store!

I'll of course also have all the SRG books, all my sketchbooks (including the new over-sized compilation), and as always... much much more!

Stumptown has grown into a great indie comics event, and it's new home at the convention center makes for a great show.
Posted by Jason Martin at 12:42 AM No comments:

I'll be exhibiting at STUMPTOWN COMICS FEST next weekend, 4/28-4/29, as it's a local show to me (at the Oregon convention center in Portland), and since I sold out of the first limited edition run I did of my upcoming new book, NIGHT OF THE 80'S UNDEAD, I've created a new limited edition run.

The new run is limited to only 25 copies, and still features the pencil artwork by artist Bill McKay, and 3 different covers to choose from (with a different logo and trade dress from the first version). A regular cover for $4 (limited to 15 copies), a limited artwork only cover for $10 (limiited to just 5 copies), and a blank sketch cover for hand sketching for $15 (limited to only 5 copies). All books will be hand numbered.

If you can't make it to the show, I'm offering them now in an online presale. (Obviously if a bunch sell online, I'll have to increase the print run, but I doubt that will happen)

Otherwise watch for more info on the con, and the book's official full neon color shop release!
Posted by Jason Martin at 12:30 PM No comments:

I SAW IT ON TV: Kenny dead fucking Powers

Eastbound and Down, how do I love you, let me count the fucking ways... 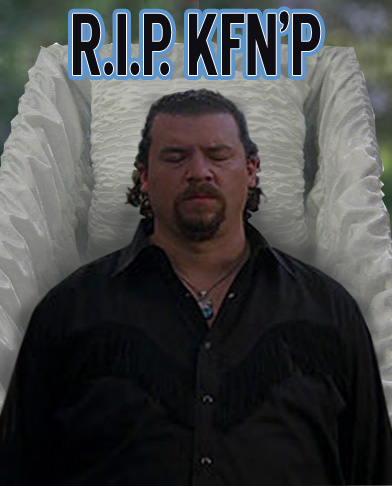 OMG, they killed Kenny, those bastards!

In keeping with it's double middle finger attitude, Eastbound, aka the Kenny fucking Powers show, went out in a blaze of glory this weekend, after just 3 short seasons.
Hallelujah, amen. Rest in peace Kenny.

We really don't need any more adventures with the mulleted one, his story is complete, and over. More fucking shit should take a note from McBride and Hill's off color opus.
Run your shit, keep it tight, and walk away.

Here's a great review and summary of the series that was on something called Gawker
It's really spot on.

Much love for fellow fans of the show that dug the ride, in all it's non-cloying splendor, and to the legion of creatives that birthed this funny ass bastard.
Viva La Flama Blanca! 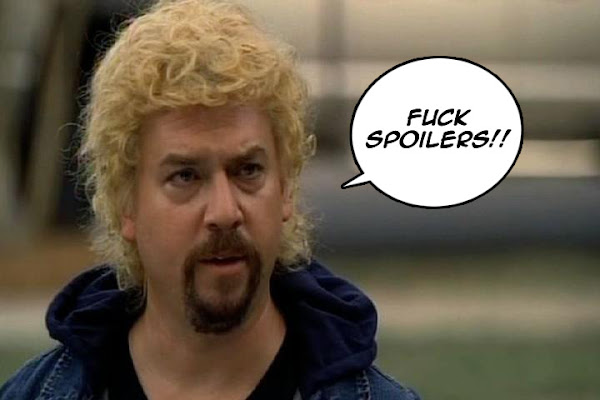 And for those that dug what Danny McBride and Jody Hill were doing here, be sure and check out THE FOOT FIST WAY if you haven't, it was their first sublime attempt at this entertaining asshole drivel fiction.

Posted by Jason Martin at 10:23 AM No comments:

Got a few things in the pipeline... finally get back to finishing my massive Game of Thrones fan art (should be done this week!), then next up is an Aeon Flux commission (so awesome, as I LOVE Aeon and Peter Chung!!!!), and this little ditty - a rework of a fan art/commission I did a couple years back. Back when I did the original, Tim (Mr. Hack/Slash) Seeley said he'd like to run in it in the book, but alas never did (it was right around the time things got crazy for the book with the Reanimator lawsuit, subsequent self distribution, and Image reboot)... but ran into Tim at Emerald City Comicon and he still wanted to use it, sooo I gave it an update. 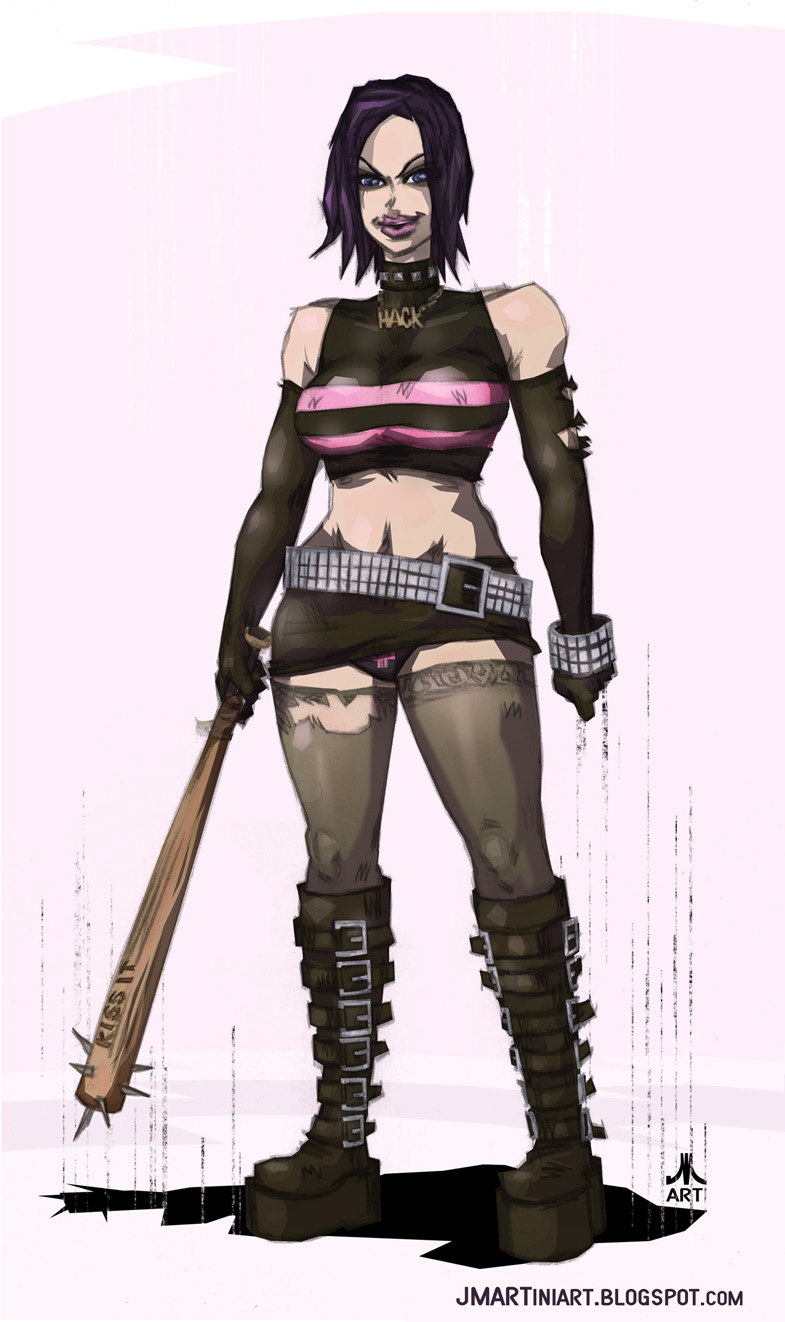 Hopefully she'll end up in the book sooner or later (I'll let you know).
Posted by Jason Martin at 2:24 PM No comments:

Seattle's Emerald City Comicon has grown to be one of the best shows I do in recent years, and this year was even better. Thanks to everyone for making it a GREAT show! I wish they were all such well run, well placed, well trafficked, and strong selling shows!! I'm looking forward to next year.

I debuted my GAME OF THRONES fan art at the show, and with the fan frenzy around the show, coupled with the debut of the second season yesterday, completely sold out of my Stark family print by early Sunday. It's such a great show, that I really wanted to do some good fan art for it, so it's very nice to see people respond so well to it. Unfortunately, I also didn't finish the complete work, of the 3 parts - the Dothraki pair, the Stark family, and the Lannister family - I only had the Dothraki, and Starks... but will have the dreaded Lannister's completed soon.

In the meantime, I've added the first two parts to my website store, if anyone's looking to pick them up (either not attending the show, or missing a shot at the sold out Stark print), and you can pick those up HERE

Since I haven't posted any of the artwork to my blog yet, here's a look at Daenerys. 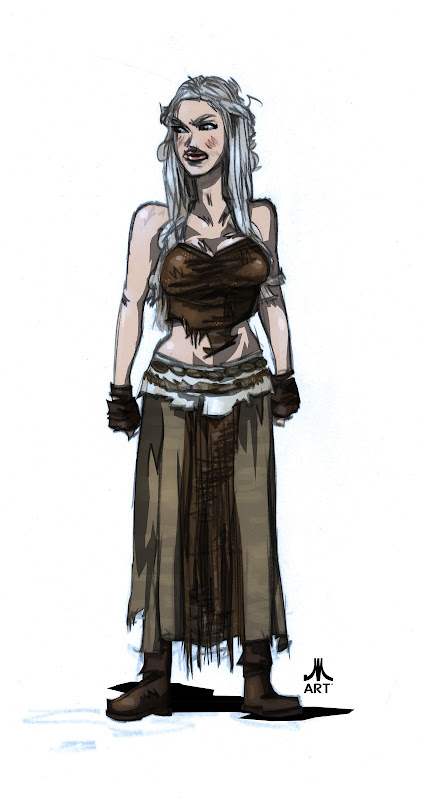 In total, between the 3 prints, the piece will feature 14 characters (and a bit more)! I'll be sure and post the finished complete work here when it's done, and add the Lannister's to the store then too.

Thanks again for the great show, but I think I can hear my DVR calling me to watch the season 2 debut!!!
Posted by Jason Martin at 3:25 PM No comments: