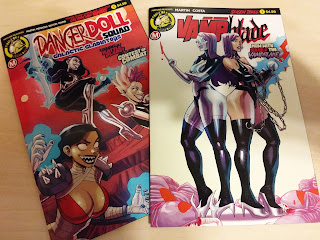 Right now I have two new books I'm writing that are in comic shops...

My ongoing monthly series Vampblade is released in seasons, and we just started year 3!!!

Issue one (the 26th overall issue in the series) is out this week and features Katie Carva in an alternate dimension where the events of season's one and two have yet to occur... along with another Katie Carva, Vampblade!!??

This season I'm joined by new artist Marcelo Costa. Marcelo is an amazing colorist that has worked on the books for years, and I'm super excited to work with him on art now as well. I think you'll agree, his stuff is pretty incredible! 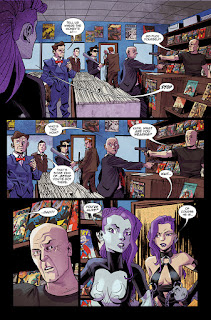 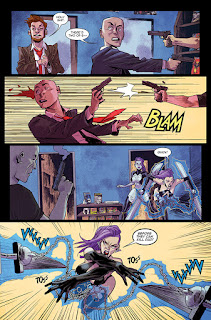 Also debuting this week is the second DANGER DOLL SQUAD mini-series that crosses over my Vampblade with Dan Mendoza's Zombie Tramp and Dan & Bryan Seaton's DollFace. The three of us cooked up a cool new series called Galactic Gladiators, that finds the girls zapped across the galaxy to a mysterious hive of genetic experimentation and gladitorial combat!

I'm scripting from a plot by me and Dan, and it's drawn by the always fantastic Winston Young (along with Celor)! Plus the series will feature the debut of what is sure to be a new fan favorite character... 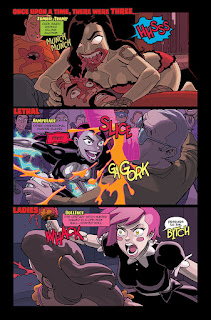 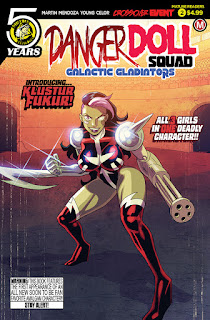 The books are available in comic shops now, or online digitally through ComiXology!
Danger Doll Squad: Galactic Gladiators / Vampblade season 3
Posted by Jason Martin at 11:47 AM No comments: